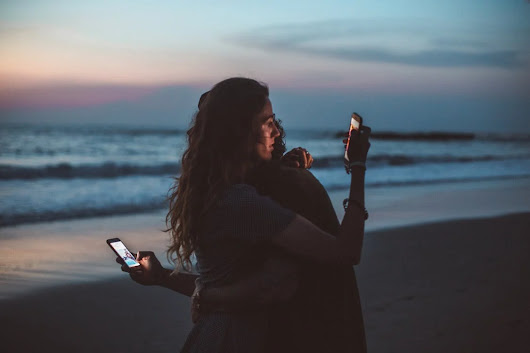 When people talk about narcissism, they might be referring to it either as a part of someone’s personality or as narcissistic personality disorder (NPD).

However, narcissism can manifest itself in a variety of ways in a person's personality, including in individuals who have the formal diagnosis and which is what we'll be discussing in this article.

Five types of narcissism are:-

1)   Agentic or overt narcissism:- It is grandiose and aggressive.  Agentic or overtly narcissistic people are extroverts, arrogant, entitled, bossy, have an inflated sense of self-worth, need the spotlight, are exploitative, competitive, and lack empathy. It is simple to identify overt narcissists in a crowd. They are overtly self-centered, frequently boasting, belittling people in front of others, and flaunting their wealth and connections. The reasons for these people's actions can be difficult to comprehend, but it's crucial to keep in mind that the character they present to the outside world is a product of generations' worth of suffering.

2)    Covert or Vulnerable or Closet narcissism:-These narcissists have low self-esteem and may struggle with anxiety, sadness, and other mental illnesses including shame. They exhibit defensiveness, avoidance, low self-confidence, introversion, and a victim mentality. The covert narcissist exhibits the general narcissistic features of being pompous and self-absorbed as well as being hostile, hostile, anxious, and moody or bitter. They may come out as extremely sensitive to criticism, reserved, nervous, depressed, envious, and/or lacking in self-esteem when compared to the overt narcissist.

3)    Antagonistic narcissism:- This is a sub-type of overt narcissism. Aggression, hostility, and manipulative behavior are traits of antagonistic narcissists. They frequently manipulate others to achieve their goals and have no qualms about taking advantage of others. They are also very competitive and constantly demand attention. Narcissists who are hostile to others can cause a lot of harm to both themselves and those around them. Emotional and physical abuse is common among those with antagonistic narcissism. They utilize their position and power to make life unpleasant for others around them, and they find enormous delight in their victims' suffering.

4)    Communal Narcissism:-  A type of narcissism that manifests in social contexts is called communal narcissism. It is characterized by an exaggerated sense of significance and a desire for other people's admiration. People that exhibit communal narcissism frequently look for leadership roles and other areas of influence within their groups. It is a form of overt narcissism but the opposite of antagonist narcissism. People who have communal narcissism are easily morally outraged, portray themselves as compassionate and giving, and respond incorrectly to unfair things. However, they do all of this for social power and self-importance and do not practice what they preach.

5)    Malignant Narcissism:- Malignant narcissism is the name given to a particular, less frequent manifestation of narcissistic personality disorder. According to some specialists, this form of narcissism is the most severe. The Diagnostic and Statistical Manual of Mental Disorders, Fifth Edition does not list it as a formal diagnosis. However, this word has been adopted by many psychologists and mental health professionals to refer to a certain collection of personality features. Malignant narcissism, according to Campbell's Psychiatric Dictionary, combines traits of Aggression and sadism, either against others or oneself, or both, symptoms of narcissistic personality disorder (NPD), symptoms of antisocial personality disorder (APD), and paranoia.

It's critical to remember that these classifications are broad generalizations, and not all narcissists will fall neatly into a single category. There are always grey areas in life, and narcissists can exhibit traits of many types.

DiNuzzo, E. (2021, May 28). Is There a Covert Narcissist in Your Life? 18 Things Therapists Need You to Know. The Healthy. Retrieved September 18, 2022, from https://www.thehealthy.com/family/relationships/covert-narcissist/

Ledger, L. (2022, April 9). Antagonistic Narcissism: The Dark Side of Overt Narcissism. Medium. Retrieved September 18, 2022, from https://medium.com/brochanon/antagonistic-narcissism-the-dark-side-of-overt-narcissism-bfc 090930789

Telloian, C. (2021, September 15). 5 Types of Narcissism and How to Spot Each. Psych Central. Retrieved September 18, 2022, from https://psychcentral.com/health/types-of-narcissism