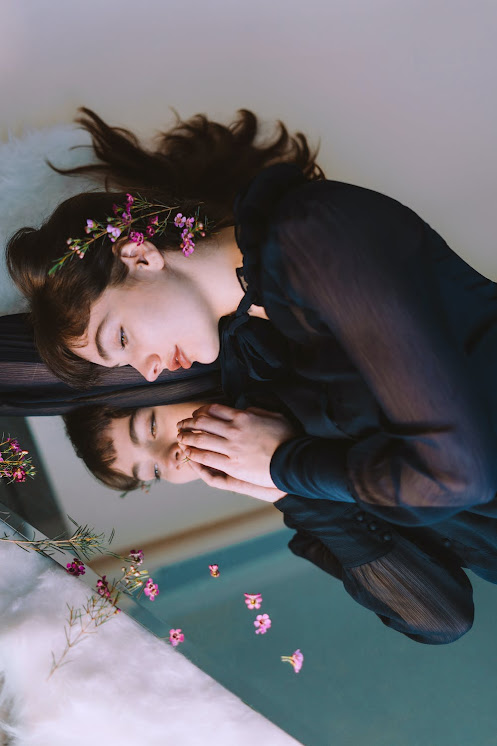 According to DSM-5, personality is the way of thinking, feeling and behaving that makes a person different from other people. An individual’s personality is influenced by experiences, environment (surroundings, life situations) and inherited characteristics. A person’s personality typically stays the same over time. A personality disorder is a way of thinking, feeling and behaving that deviates from the expectations of the culture, causes distress or problems functioning, and lasts over time.
According to John and Nauman,2008 and Mc Crae and Costs, 2009, the personality of an individual is defined in the terms of five trait dimensions i.e., neuroticism, agreeableness/antagonism, extraversion/introversion, openness to experiences and conscientiousness. In simple terms, it is a set of unique traits and behaviours.
According to DSM-5, a person is said to have a personality disorder when there is a significant impairment in self(identity or self-direction) and interpersonal(intimacy or empathy) functioning. It has been observed and recorded that people with personality disorders are problematic not only to their own lives but also to the lives of others coming in contact with them. The behaviour of personality disordered people appear to be confusing, unpredictable, vexing and unacceptable.
It is estimated that 10 per cent to 13 per cent of the world’s population suffer from some form of personality disorder. Personality disorders encompass a wide range of problems in behaviour having different forms and a range of severity. The personality disorders have been grouped into three clusters on the basis of the significant similarities amongst the. The three clusters are cluster A, cluster B and cluster c.
Cluster A: Paranoid, Schizoid and Schizotypal. (The ones mad at others)
Cluster B: Histrionic, Narcissistic, Borderline and Anti-social. (The ones bad towards others)
Cluster C: Obsessive-compulsive, Avoidant and Dependent. (The ones sad and worried about everything)
According to Lenzenweger, Lane, Loranger and Kessler, 2007, personality disorders co-occur from the same cluster. There is high comorbidity. In a study of 900 patients by Zimmerman and his colleagues in 2005, 60% qualified for more than one PD(personality disorder) and 25% for two or more.
Some patients do not perfectly fit in any of the disorders in a particular cluster which means that sometimes boundaries are not clear and the patient is said to be in a continuum of a Cluster hence the dimensional approach is best suited in such cases.
Let us see each cluster in detail.

Social awkwardness, social withdrawal and distorted thinking.
1.    PARANOID PERSONALITY DISORDER (PPD)
They are too doubtful and suspicious. They are argumentative and bear grudges. They assume that people are untrustworthy, mean and harmful. Though in touch with reality, sometimes they experience psychotic symptoms during stress. They are prone to schizophrenia.
2.    SCHIZOID PERSONALITY DISORDER (Schizoid PD)
They show a pervasive pattern of social detachment and an extremely restricted range of emotional expression. They remain socially isolated. They are cold, aloof and indifferent to people around them.
3.    SCHIZOTYPAL PERSONALITY DISORDER (Schizotypal PD)
Excessively introvert or eccentric. Though have contact with reality but may show psychotic symptoms under stress. They show suspicious and unusual behaviour. They have odd ways of thinking and behaving. They have social anxiety and find discomfort in having close relationships.

Dramatic, erratic or emotional
1.   HISTRIONIC PERSONALITY DISORDER (HPD)
More prevalent in women than men. The prevalence rate is 2 to 3% among the general population. Symptoms include excessive attention-seeking and exaggerated expression of shallow emotions, black and white thinking, become uncomfortable when not the centre of attraction. They are lively, charming, dramatic and extraverted. Seductive and overly conscious of looks.
2.    NARCISSISTIC PERSONALITY DISORDER (NPD)
An exaggerated sense of self, and attention and admiration seeking behaviour. Low or no desire to have empathy.  Evy others and believe others too envy them(distorted thinking). Use, abuse and manipulate others for personal gain. Condensing or demeaning behaviour. Feel entitled to special treatment and unquestioned compliance. The two types are Grandiose(aggressive and dominant) and Vulnerable(fragile sense of self-esteem, shame and hypersensitivity from criticism and rejection).
3.    ANTI-SOCIAL  PERSONALITY DISORDER (ASPD)
Lack of ethical and moral development. No remorse or loyalty towards anyone and indulge in anti-social behaviour. Superficial charm, manipulation. Irritable and aggressive have no regard for the safety of oneself or others.
4.    BORDERLINE PERSONALITY DISORDER (BPD)
Impulsive and unstable self-image and mood. unstable relationships swinging from idealisation to devaluation and discard. Fear of real or perceived abandonment. The sudden shift in moods and emotions.

Anxiety and fearfulness
1.    AVOIDANT PERSONALITY DISORDER (AvPD)
Extreme social inhibition and introversion. Desire social interaction but avoid for the fear of criticism for rebuff by them. Lonely and bored. They avoid positive emotions. It is a severe manifestation of generalised social phobia.
2.    DEPENDENT PERSONALITY DISORDER (DPD)
They are clingy and highly submissive because of the excessive need to be taken care of. They show co-dependent behaviour and fear being alone because they believe they are inept or incompetent.
3.    OBSESSIVE-COMPULSIVE PERSONALITY DISORDER (OCPD)
Excessive need to maintain order and control because perfectionism leads to dysfunctionality. They avoid leisure and entertainment due to workaholism. Do not trust others with delegating tasks.  Control money or budget very tightly. Very inflexible. Hoard useless old things.
Breakdown of traditional family systems and other socio-cultural structures may be the cause of emotional regulation and impulsive behaviour which is the cause of the increase in personality disorders across the world.
Resources:-
1.     Diagnostic and Statistical Manual of Mental Disorders (DSM–5).
2.   Lenzenweger, Mark & Lane, Michael & Loranger, Armand & Kessler, Ronald. (2007). DSM-IV personality disorders in the National Comorbidity Survey Replication (NCS-R). Biological psychiatry. 62. 553-64. 10.1016/j.biopsych.2006.09.019.
3.   Zimmerman M, Rothschild L, Chelminski I. The prevalence of DSM-IV personality disorders in psychiatric outpatients. Am J Psychiatry. 2005 Oct;162(10):1911-8. doi: 10.1176/apps.ajp.162.10.1911. PMID: 16199838.
4.  Costa, Paul & McCrae, R.R.. (1999). A five-factor theory of personality. The Five-Factor Model of Personality: Theoretical Perspectives. 2. 51-87.
5.   Khan, Binish; Ahmed, Alia; Abid, Ghulam.  (2016). Using the 'Big-Five'-For Assessing Personality Traits of the Champions: An Insinuation for the Sports Industry.Pakistan Journal of Commerce and Social Sciences; Lahore Vol. 10, Iss. 1,: 175-191.
Also Read:-
Complex-PTSD: The Price You Pay For Staying In An Abusive Relationship.
17 Subtle Signs A Woman Is Romantically Interested In Your Partner.

Trauma bonding: How your brain fools you into thinking that you are in love.

18 Tips For Happy, Anxiety-Free And Peaceful Life Amidst The Covid Crisis.

Complex-PTSD: The Price You Pay For Staying In An Abusive Relationship