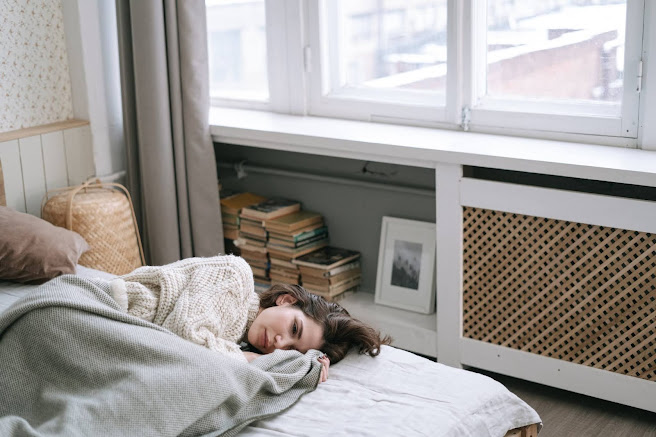 Have you noticed that Some people around us are highly sensitive to any kind of change in their physical or emotional environment? They show an exaggerated emotional response to small things. Being with such people could be emotionally draining and exhausting and this is why people either choose to constantly judge them, mock them and tell them to "be not like that", "act normal" and in extreme cases just allow them to leave the relationship.

It could be difficult to be with someone who is highly thoughtful, observant, and analytical of every detail of everything and responds emotionally to them, mostly in a negative way(with fear, sadness, or guilt) and even if in a positive way like being overly compassionate and helpful to even strangers and sometimes ending up getting betrayed and hurt by them.

If you really care for one of such friends or a loved one of yours, you would be hurt and shocked to know that this is not "them" but "their response to the long-term trauma" they have or are enduring.

Where does it come from?

People raised in dysfunctional families or married/in a long-term relationship with mentally ill or personality disordered(like Narcissists/Sociopaths) people become like this over the years. Someone with a personality disorder or mental illness can be highly unstable and unpredictable. If such an unstable person is the dominating family member like a dominating parent or a dominating spouse and is not cured of their illness then they may inflict immense pain in the rest of the family members who are not dominating and can cause constant chaos in the family life. They can be a constant source of abuse for the rest of the family, emotionally, psychologically, financially, sexually, and physically depending upon their mental health and personality type. I will take an example of a narcissistic dysfunctional family to discuss further.

Click on the following link to read the narcissistic family dynamics.

The main problem that occurs in narcissistic dysfunctional households is that there is an infinite number of rules for the victims, which are neither clear nor consistent. Rules keep changing with the mood of the abuser. The victims have to walk on eggshells to keep the abuser happy but in vain. The children and spouse over the time with the abuser (if they are not able to flee for some reason ) learn to freeze and please the abuser to reduce the abuse and hurt. Since the abuser in such families want their unspoken, unclarified, and inconsistent rules and commands to be obeyed at any cost, the victims have to put a high amount of emotional energy and attention to analyze every situation, conversation, body language, and mood of the abuser to make sure that they don't upset him(or her). This is done on a constant basis but is able to prevent the abuse only in very rare cases.

When the victims fail to prevent the abuse even after this much effort, they self-blame and guilt-trip themselves or blame and guilt-trip each other for what happened and prepare themselves for better vigilance for the next moment. They fail most of the time and keep increasing the effort hoping that one day they will be able to reach the heart of the abuser and the abuse will stop. The most hurtful fact is that the abuse never stops in dysfunctional families.

Sometimes the abuser may not abuse because they are busy with something else or are manipulating. The victims rejoice and celebrate every such moment when there is no abuse and pain and reinforce themselves with the belief that things are going to be better with more of their efforts and gear up for more efforts in pleasing the abuser. Not only that they feel encouraged to please the abuser more with the scanty gestures of kindness they receive from them but also they develop trauma bonds that are misunderstood by their traumatized brain as "Love".

The normal fight-flight mechanism of such victims is totally shut off as their brain convinces that there is no way to escape and the only way to survive is to be vigilant about the mood fluctuations and demands of the abuser and be creative enough to cater to their needs to prevent them from flying off the handle.

The saddest part is that victims are hardly mindful of all these things happening in their life. In fact, they are so much absorbed in "surviving" that they hardly notice and understand all these dynamics. Not only this but anything and everything in life just passes by getting unnoticed and unattended emotionally because of overindulgence in "survival" mode.

The more time victims spend with the abuser the more hyper-vigilance becomes a part of their personality. The only way to survive at home was to be overly conscious and highly thoughtful, observant, and analytical of every detail of everything happening at home to make sure that nothing should displease the abuser. But since it rarely worked and still the abuser was always upset over any insignificant thing and sometimes non-existent things, criticism and mistreatment always made their way.

They get easily offended by the slightest criticism because they get flashbacks of the emotions they felt when they did everything perfectly to please the abuser and were totally innocent but still were criticized, bullies, demoralized, and hurt by their abuser.

They get highly upset and feel the need to help by going out of the way to help another abuse victim because their story brings emotional flashbacks of their own feelings of helplessness and the thoughts of getting rescued by someone.

They are highly observant of other people's moods and emotions and get upset by any hint of negative emotions because the relationship dynamics with the abuser have become the dominating factor of their behavior and thought process.

They have spent their life in finding out how they can be "loved" and "accepted" and they still are doing the same thing but unfortunately mostly in the wrong places. Due to the trauma response in adults( and developmental arrest in kids), they have a weak ability to recognize healthy people and relationships. They have a deeply embedded belief that they should let people walk over them in order to be "loved" and "accepted" and when people actually "walkover" them and don't show love it adds to their trauma and the situation keeps getting worse adding to their unhealthy relationship patterns and codependency in their behavior.

How to help them?

Now you know why is it happening? This isn't something that they are fully aware of, and even if they get fully aware of it they cannot just "snap out of it" or "get over it". There are serious physiological changes that have happened in their brain structure and function over the years. Holding them accountable for not having control over them will add to their trauma and worsen their situation. The emotional flashbacks that cause them to respond in an extremely emotional are deeply rooted in the emotional wounds they don't even remember. Help them leave the abuser if you can, at least emotionally if not physically. Be with them without judging them. Suggest them to get the therapy they need.

How can they help themselves?

The first step for healing from this unhealthy survival mode is distancing oneself from the abuser if not physically then at least one should start erecting healthy boundaries. Then one should seek therapy and learn mindfulness which is an excellent way to be comfortable with one's emotions and deal with them in a healthy way, which will be the core of getting out of this unhealthy pattern.

You can try this hack for emotional awareness https://www.theexhaustedsouls.com/2021/02/burn-book-for-emotional-awareness.html

Last but not the least, as it is rightly said," controlled people control people". Many people coming from such households may themselves become abusive and controlling because of what trauma does to their brain giving them mental illnesses like anxiety, depression, C-PTSD, etc, or personality disorders like NPD, BPD, APD, etc. Such people should practice mindfulness and seek therapy as soon as they realize that something is wrong with the way they treat other people.

Trauma bonding : How your brain fools you into thinking that you are in love.

18 Tips For Happy, Anxiety Free And Peaceful Life Amidst The Covid Crisis.