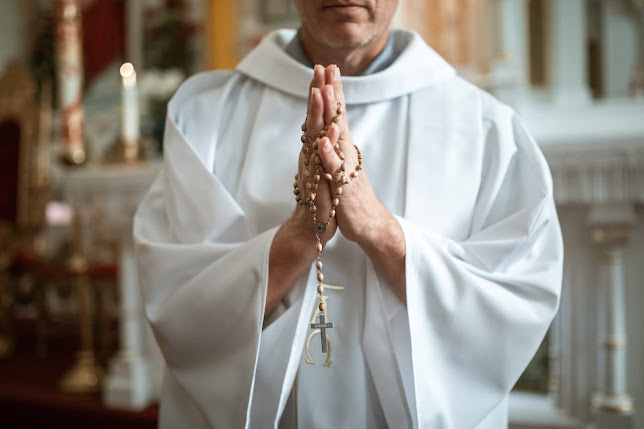 Any Narcissist will have most of the general qualities of a regular Narcissict but someone who is a narcissist, as well as a Godly man, is really hard to spot especially by people having low self-esteem and codependence which are the two important personality characteristics of people hailing from dysfunctional families of living in dysfunctional or abusive relationships.

Narcissists and religion make a deadly combination. I used the term religion and not spirituality because a narcissist who lacks empathy and conscience is not capable of understanding the depth of spirituality and can only understand and live things on the level of Religion.

Bhagavad Gita 18.25: That action performed in illusion, in disregard of scriptural injunctions, and without concern for future bondage or for violence or distress caused to others is said to be in the mode of ignorance.

Almost all of the religious groups aim to spread spirituality and love for God and his children among people and have systematic programs etc to propagate their mission by the means of scriptures, principles, and doctrine and for that, they need volunteers who join the mission and help propagate it. These volunteers hold a special place in these spiritual societies. They have authority over newcomers and a worshipped by them. Sometimes their wrongdoings may be overlooked if they are bringing any sort of appreciable input to the mission and also for the honor of the society. On top of this, almost all scriptures teach us to be forgiving. Also, anyone who holds a senior position in such groups is automatically worshipped to all the juniors and hence the juniors never have any say in such matters, as it is seen as a sinful act, this is the belief that is internalized in-group members from day one. This is the loophole that allows the entry and sustenance of Narcissists in such spiritual groups.

Bhagavad Gita 18.51-53:- Being purified by his intelligence and controlling the mind with determination, giving up the objects of sense gratification, being freed from attachment and hatred, one who lives in a secluded place, who eats little, who controls his body, mind, and power of speech, who is always in trance and who is detached, free from a false ego, false strength, false pride, lust, anger, and acceptance of material things, free from false proprietorship, and peaceful – such a person is certainly elevated to the position of self-realization.

Every place has every kind of people and religious groups are no exception. In fact, such groups give a very warm welcome to evil people as an act of mercy hoping that they will finally get a chance to cleanse their consciousness of sinfulness. But once a narcissist is always a narcissist, they use this divine platform for more manipulation and abuse. In fact, they love being here because where else they will get so much nourishment to their ego and validation for their sense of entitlement. Moreover, their superficial charm proves to be very useful in attracting new members to the community and manipulation and gaslighting techniques in retaining them, especially those with low self-worth and low or o other social support.

I have written this blog on the basis of the experiences of a lot of such people who either lost their faith or were almost about to do so.

Here are some signs that show that a spiritual person is a narcissist and for the sake of your own spiritual journey you need to either have firm boundaries or totally cut them off from your life.

Bhagavad Gita 17.18:- Penance performed out of pride and for the sake of gaining respect, honor, and worship is said to be in the mode of passion. It is neither stable nor permanent.

Any such person can present a very narcissistic image of God, distorted explanation of scriptures, and poor image of spirituality to people around them, inside and outside the group. This not only brings bad name to God, Scriptures, Spirituality, and Religion but also takes away last hope from helpless people who thought that finally, they will get some relief after being abused or abandoned from their own people and everybody else, like people coming from abusive and dysfunctional families.

I don't want people coming from dysfunctional families to lose hope in God and Spirituality. Trust your gut feeling. Meditate and practice mindfulness which will give you internal strength and courage to face the guilt and shame that will be induced in you by them when you finally try to maintain distance from them. Read scriptures and associate with kind and humble people. Write down your feelings and thought on paper and burn them. This will make you mindful of your emotions. Keep believing in God and his love. He wants a better life for you.

Please share this blog with anyone who you think needs to know about this. Also please write in the comment section about your own experiences with any such narcissists in your own community.

https://forms.gle/bvKFE4XpaHUy7HFu7 and help me write a self-help book for restoring spiritual/religious faith in Battered Women.

Trauma bonding : How your brain fools you into thinking that you are in love.

18 Tips For Happy, Anxiety Free And Peaceful Life Amidst The Covid Crisis.