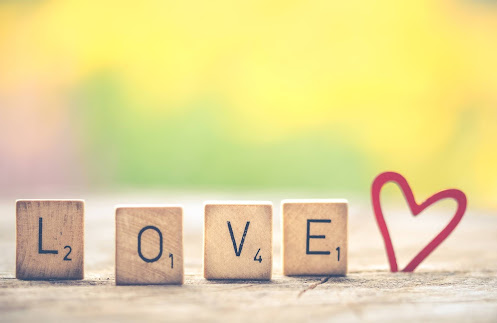 Love is one of the basic needs of any living entity. It is not just a biological need but also serves as an achievement of social status for some because by some people you are considered as socially more desirable and acceptable when you have people who have your back and love to associate with you, especially your romantic partner.

This belief is more prominent in individualistic societies like in western countries. However with globalization with social media and other means like the entertainment industry it has become a norm also in eastern countries, who had been following the custom of arranged marriage for ages, to have a romantic partner as early as possible not just to satisfy your emotional needs but also to have that social status that everyone else is having after being influenced by media.

It’s a wonderful thing to have someone to love and get loved but when having a partner or having a romantic love life is a necessity that comes in our lives because of social pressure then we might ignore the basic essence of it and rather jump to an achievement that raises our social status.

I personally know some of my friends who are being treated like shit by their spouses in real life, but out of fear of not looking normal on social media during valentine’s day they would do anything to have some “Social media ready” photos and videos to flaunt to real-life love birds and other people on their social media profiles, from begging them for gifts, romantic dates, romantic photos or arranging all the celebration and show totally by their sole efforts, just to have a feeling of being loved and just to feel “normal” and “included” in society for the valentine’s.

How sad is this? Some people not only do this every valentine’s and anniversaries to get “the feel” but also fool themselves into thinking that they are in a perfect relationship just because the celebration and social flaunting went so well every year.

Being with someone who cares and respects you is what you need for a happy and stable life and future. Someone who feels sympathy for your pain and sufferings and will never deliberately hurt or harm you for their benefit. You must feel safe, relaxed, free to express your emotions and thoughts in the presence of this person.

If you have all this with OR WITHOUT romantic celebrations and social media-ready photos, then you have true love in your life. Having a peaceful life and the support of your partner is what true love is irrespective of whether you have or not the side dish of glittery social media ready filmy romance in your life.

What love is not!

But the sad part is that there is so much influence of social media and entertainment industries these days on the psychology of people that they are unconsciously and unknowingly accepting toxic relationships for the sake of all the show-off that requires these days for social status.

Let’s see what is NOT being in love.

The other sad reason that people fall into such a relationship along with influenced psychology is that they have had toxic relationships with their early caregiver which they never chose for themselves and therefore it occurred to them that this is what a normal or ideal relationship should look like. When someone has been hurt all along during their childhood, they feel at home in relationships only where they are being hurt to some extent.

If you are with someone like this then it is not "love" but you might be trauma bonded (Trauma bonding : How your brain fools you into thinking that you are in love.)and you need to take the help of a professional to sort things out as soon as possible.

What love is, what it's not!
Trauma bonding : How your brain fools you into thinking that you are in love.
9 tips for surviving this valentine's without love from outside.
How to know if someone has a crush on you!
20 Things Narcissists say when they are gaslighting you.
This is why having a baby won't save a failing marriage.
14 Reasons why narcissists hide in religious communities.
Top 32 Reasons why people don’t text back!
Smear Campaign: This is why people love your abuser while they hate you!
Panic Attack: Simplified for the layman.
This could be the reason why you are an exhausted soul.
Difference between Fear and Anxiety.
Do this to control your anger towards your kids.
What’s wrong with abusive men?
17 ways to identify a controlling manipulative friend?
14 signs you have a controlling spouse or partner.
14 Reasons why women are unable to leave abusive relationships?
No, You are not crazy! You are Being Gaslighted.
8 Things narcissists do to control your social life
17 Subtle signs a woman is romantically interested in your partner.
This will happen if you idealize your abusive parents.
Posted by Annu Pandey at February 11, 2021