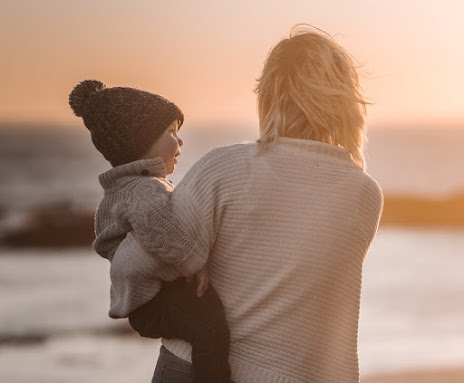 Having a baby is the starting of a new inning of a romantic relationship and can completely change the lives of a couple in either negative or positive ways depending upon the relationship dynamics of the couple. Partners who deeply love and support each other feel blessed and walk together in all the beautiful and difficult paths of the journey of parenthood.

Many people think that having a child can save a failing marriage because:-

However, having a baby is not what is seen in typical romantic and dramatic movies. Babies come with a lot of happiness as well as the physical and emotional load for both parents. What it actually feels like having a baby can be understood only by actually having one or supporting parents who have had their first baby.

If a relationship or a marriage has a rocky path then bringing a baby won’t make it smoother rather it would make it even rockier and may also lead to the devastation of the personal lives of one or both parents, especially the mother.

Pregnancy, childbirth, and postpartum are very difficult phases for a woman in all aspects, physical, mental, psychological, emotional, social, and financial. She has to go through different kinds of trauma. This is the testing time for not only her partner but also other family and friends and not getting expected support from them can also cause difficulties in her social life. Physical and mental health is most affected. In some special cases, this can be really serious. Her body completely changes, what suits her what not, what she needs to eat what she shouldn’t, how her body reacts to different things, and if there is friction in the relationship then she doesn’t get much support from her partner which brings her emotional trauma and further escalates the problem on both physical as well as emotional level. There are visits needed, to the health care provider and baby care stores and not having someone who cares equally can affect mood. Mood swings are very common during pregnancy and postpartum and other emotional issues can worsen these. A newborn baby requires extensive care which cannot be provided solely by the mother as she has her own physical trauma from delivery to deal with and she definitely needs a caring person to help her with dealing with the baby, especially the father of the baby, because somewhere at the back of the mind she feels that it's the father whose responsibility is to take care of the child and the mother, other than any other family and friend and having a partner who fails to do so can only make her life very difficult at this moment. Indians have a saying that, a wife is tested best at a husband’s financial downfall whereas a husband is tested best at a wife’s bad health. Many women report that their husbands started flirting with other women or had affairs too as soon as they got pregnant. In extreme cases, the friction between them becomes so much that they even get divorced and the man leaves behind the pregnant wife to hook up with someone else.

During pregnancy and childbirth, as life directly gets difficult for the wife, it also gets indirectly difficult for the husband too. She doesn't have a gorgeous charming bubbly wife to show off anymore rather he has a wife who needs a lot of love, attention, cares and helps all the time. She cannot be a giver at this time and has to become a receiver for some period of time because of what her body and her situation need from her.

A male partner with narcissistic traits, who don’t believe in "giving" and has rather hooked up only for "taking" will start feeling highly frustrated when he has a partner now who is unable to cater to him anymore and rather demands to be catered. Such frustrated male partners become even more abusive and violent in some cases worsening her situation and making her even more dependent on him for help. Even if they manage to bring the baby together, things don’t get better even after that. Now the husband is required to serve the sick wife and the baby. While he believes that it's the wife who should be serving both of them the father and the baby. This imbalance/mismatch of expectation and requirement of the give-and-take of services and imbalance in expectation of who should serve who causes problems.

Therefore it is highly recommended to not have a baby with someone who is entitled to have every ounce of your time and energy and doesn’t feel bothered about his own services towards the family. Because it would never help to bind them but cause more wedges and potential harm to the woman involved. Bringing a baby will only ruin one more life while trying to get along with a man who doesn't deserve you and your baby.

Also read:-
What love is, what it's not!
Trauma bonding : How your brain fools you into thinking that you are in love.
9 tips for surviving this valentine's without love from outside.
How to know if someone has a crush on you!
20 Things Narcissists say when they are gaslighting you.
This is why having a baby won't save a failing marriage.
14 Reasons why narcissists hide in religious communities.
Top 32 Reasons why people don’t text back!
Smear Campaign: This is why people love your abuser while they hate you!
Panic Attack: Simplified for the layman.
This could be the reason why you are an exhausted soul.
Difference between Fear and Anxiety.
Do this to control your anger towards your kids.
What’s wrong with abusive men?
17 ways to identify a controlling manipulative friend?
14 signs you have a controlling spouse or partner.
14 Reasons why women are unable to leave abusive relationships?
No, You are not crazy! You are Being Gaslighted.
8 Things narcissists do to control your social life
17 Subtle signs a woman is romantically interested in your partner.
This will happen if you idealize your abusive parents.
Posted by Annu Pandey at February 02, 2021