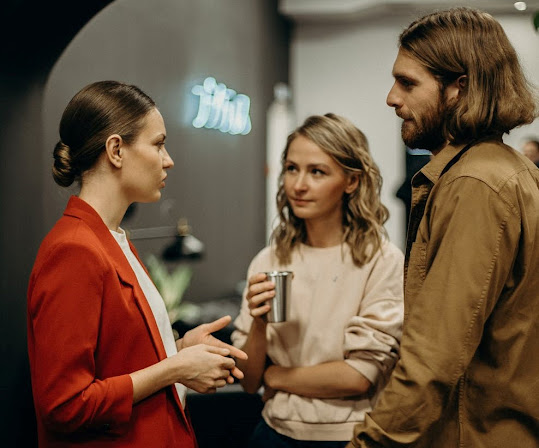 Don’t you find yourself often being overtaken by a strong sense of crippling self-doubt whenever you think of the fact that everybody loves your abuser while they hate or if jot hates then at least dislike you?

Doesn’t this sense of crippling self-doubt becomes even stronger when your abuser tells you that you are not worthy of love and deserve to be hated not just by him/her but everyone else including your people(family and friends)?

In spite of all this reassurance from people and your abuser, disguised as a loved one, don’t you still have a very strong gut feeling that tells you that “You are not as bad as they believe”?

Well! If all of this or most of this happening to you then you are very likely being a victim of manipulative tactics known as  “Smear Campaign”.

A smear campaign is a planned attempt to malign a group or an individual aimed at undermining their credibility by spreading lies and twisted truths among people. This term comes from the field of politics. But nowadays this term is also being used in the field of psychology.

What is “Smear Campaigning” in relationships?

Smear campaigning in abusive relationships is defined as a planned attempt made by an abuser to ruin his/her victim’s social image by spreading rumors and presenting twisted facts among people in a close circle like family, friends, and colleagues to rob the victim of his/her social support so that the abuser a keep going on with the abuse more conveniently and smoothly without any hindrance from society in the form of social support. Being treated unfairly by society and being invalidated by the abuse, makes a victim doubt his/her own sense of reality and thus give oneself a second guess while giving the benefit of doubt to the abuse.

How is it done?

In order to keep the victim weak, helpless, and hopeless about ever thinking of taking a stand for herself against the abuser, he keeps running a smear campaign against the victim. In some cases, this happens in an ongoing relationship while in other cases this starts after there is a breakup/divorce/separation depending upon the character and moral values of the abuser.

It can happen in any type of relationship, both by males and females in romantic relationships, marriages, and even in parent-child relationships. This is most common in intimate partner relationships and has been mostly reported by women being the victim.

Here is how you can identify a smear campaign being run against you or someone. Following are some smear tactics that abusers use:

When people have a set of information that consists of a huge number of lies that tell bad things about you as compared to the tiny amount of truth that tells them what you are then they are not much at fault about how they perceive you. After all, they too are being used as a pawn for the psychological game abuser is playing with you and them.

Take care of yourself and reach out to a trusted person who is not a common friend and try to keep them away from your abuser as much as possible. This will bring validation to your suffering and lessen self-doubt. This will be the first step to acknowledge and understand what's going on with you and will clear the fog giving you some clear understanding of what needs to be done next for the best.

Also read:-
What love is, what it's not!
Trauma bonding : How your brain fools you into thinking that you are in love.
9 tips for surviving this valentine's without love from outside.
How to know if someone has a crush on you!
20 Things Narcissists say when they are gaslighting you.
This is why having a baby won't save a failing marriage.
14 Reasons why narcissists hide in religious communities.
Top 32 Reasons why people don’t text back!
Smear Campaign: This is why people love your abuser while they hate you!
Panic Attack: Simplified for the layman.
This could be the reason why you are an exhausted soul.
Difference between Fear and Anxiety.
Do this to control your anger towards your kids.
What’s wrong with abusive men?
17 ways to identify a controlling manipulative friend?
14 signs you have a controlling spouse or partner.
14 Reasons why women are unable to leave abusive relationships?
No, You are not crazy! You are Being Gaslighted.
8 Things narcissists do to control your social life
17 Subtle signs a woman is romantically interested in your partner.
This will happen if you idealize your abusive parents.
Posted by Annu Pandey at January 24, 2021